After many years, I'm re-united with my old Aston Martin Vantage Roadster, which was the first ever Shmeemobile! Heading over with the GT8, the memories quickly come flooding back when I take out my former car for a run, and what a special drive it is.

Back in 2010, I bought the V8 Vantage Roadster as my first serious sports car and what a dream the ownership experience was as it became very much my gateway to the automotive world. The first ever video on the Shmee150 channel where I spoke to camera was at the wheel of this car, the first ever road trip I covered with vlogs was in this car, and it was the first car we ever named the Shmeemobile!

Finished in Glacial Blue over a Sandstorm interior, it's a particularly beautiful specification of the facelift 4.7 litre V8 Vantage Roadster. Boasting 420hp and the Sportshift gearbox, by modern standards it's lacking but that does nothing to detract from the experience as all of the sounds and feelings come flooding back from those fun years from the past. In summer 2012 I sold the car, so to head back over to see it exactly 9 years later is quite the opportunity.

After pondering where the car might be a few months ago, by complete chance the current owner took it to an event, where another attendee forward me some pictures and we were able to make the introduction. I can't thank him enough for this special chance, because honestly it's a story, it's a significant car for me, and it really played a big part in everything that I do on the Shmee150 channel to date.

Would I buy it back? Well let's see, you never know.

One of the Greatest Speeches Ever | Steve Jobs 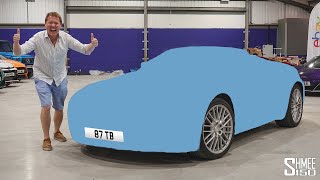 I BOUGHT IT BACK! The Missing Car from My Collection is Home 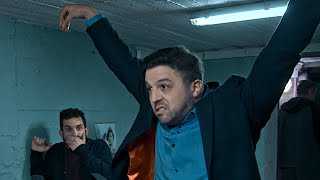 FUTURE of the SHMEEMOBILES! Which Cars I'm Keeping and Selling